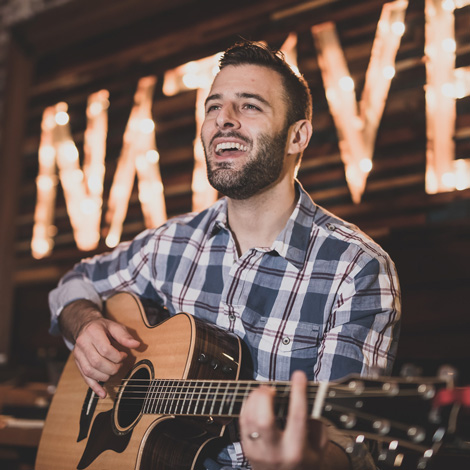 Sheldon Low is one of the brightest young stars in Jewish rock music today performing rock concerts, ‘Light Up Shabbat’ services, seminars, and leading Artist-in-Residency weekends in Jewish communities throughout North America. Low has a strong fan base among youth audiences, playing over 100 shows per year and appearing at conventions, conferences, and Jewish festivals, as well as dozens of Jewish camps each summer. Widely known for his exhilarating live performances and services, Low regularly features local musicians, choirs, and soloists on stage or on the bima. Low’s popularity has continued to grow over the past decade, as a performer, composer, leader, and most importantly, as a Jewish educator.

Low is currently working on his fifth studio album set for release in Fall 2016. The first single off the upcoming album titled “Shehecheyanu (To Life)” was selected as the opening track for NFTY Ruach 5775 giving Low the distinction of being the only artist with opening tracks on two NFTY Ruach albums (Ruach 5767, Ruach 5775). His recordings and compositions have been featured in numerous other nationally distributed compilation albums and both of his children’s albums (It’s All Challah To Me, Look At Me) have been distributed by PJ Library to tens of thousands of households around the globe. For his work, Low has been featured on the cover of L’chaim Magazine, on Shalom TV, radio stations across North America.

In addition to his work as a Jewish musician and educator, Low is highly regarded as a Jewish innovator, having served as a founding head faculty member of Songleader Boot Camp, Artist Relations, reporter, and blog manager for Jewish Rock Radio, Schusterman ROI member, and continuing to lead workshops (NJ Jewish Early Childhood Conference), webinars (NATE Spotlight on Technology, 2013), and featured speaking engagements around the country. In November of 2014, Low was also published as a co-author for his chapter “The Intangible and Tangible Effects of Music” to the book “Music: Carrier of Intention in 49 Jewish Prayers” (Creating Calm Network Publishing).

Born and raised in St. Louis, Missouri, Low is a third generation songleader who from an early age developed a strong Jewish identity attending Hyman Brand Hebrew Academy, Solomon Schechter Day School, Camp Ben Frankel, and USY. In high school, Low was fortunate to meet and be mentored by national touring Jewish musician, Rick Recht. In 2005, Low graduated Magna Cum Laude with a BS in Mechanical Engineering from Tufts University and spent nine months working as an engineer before being signed to Jewish Rock Records. Low spent six years as the Artist in Residence at Barnert Temple in Franklin Lakes, New Jersey and is currently the Artist in Residence of Temple Israel of the City of New York. In 2013, Low started Hallelu Records, an independent Jewish record label based in New York City.

Low resides in New York City with his beautiful partner, Hadar Orshalimy, with whom he created the “Take a Walk In My Shoes” project, a music based project who’s mission is to inspire young men and women, build self-esteem, and promote gender equality.