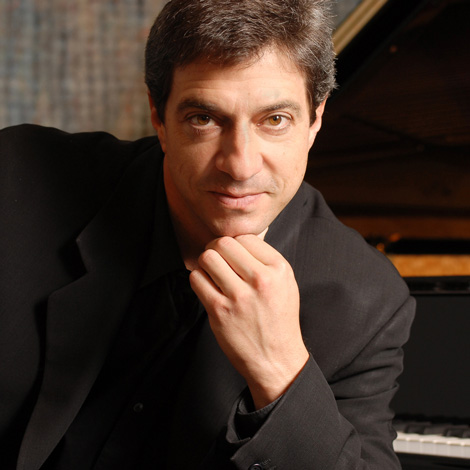 Sam Glaser’s soulful music has become part of the fabric of Jewish life in communities worldwide. He performs in an average of fifty cities a year and his energetic style and passionate delivery never fails ignite the spirit of audiences of all ages. Named one of the top ten Jewish artists in the US by Moment magazine, Glaser is equally comfortable behind a keyboard in intimate solo concerts, leading his top-notch band or headlining with full orchestra. While he typically performs in synagogues and Jewish Community Centers, he has appeared at such venues as L.A.’s Greek Theater, Universal Amphitheater, Staples Center and Dodger Stadium as well as on Broadway and at the White House. He has traveled the world over in concert, from Sydney to London to Hong Kong to Tel Aviv.

Sam’s best-selling Jewish CDs include The Songs We Sing, Hallel, Nigun/Voice of the Soul, Presence, The Bridge, A Day in the Life and the award-winning children’s musical Kol Bamidbar. He was one of the first artists signed by Sony/JMG Records, a label dedicated to promoting Jewish music. Sam’s children’s CD Soap Soup won such awards as the John Lennon Songwriting Competition, Parents Choice and the National Association of Parenting Publications. In addition to the twenty albums of his own compositions he has published four collections of lyrics and poetry, four musicals, three sheet music songbooks of his Jewish music and an SATB choral book. In his cutting-edge recording studio, Glaser Musicworks, he produces albums for a wide variety of recording artists and music for such networks as the WB, ESPN and PBS.