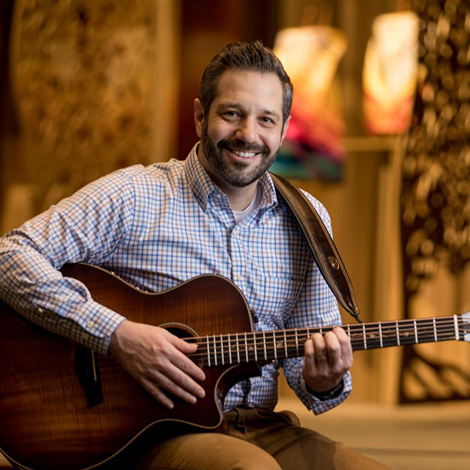 Rob Aronson is a Jewish singer/songwriter born and raised in St. Louis, MO. He has served as a song leader/soloist at Congregation Temple Israel in St. Louis, MO since 2006. Annual Jewish music workshops like Song Leader Boot Camp and Hava Nashira, enhanced Rob‘s leadership skills, techniques and fueled his passion for Jewish music.

In May 2018, Rob released his debut album, “Let Us Sing.” The album takes the listener on a spiritual and musical journey through some of the major prayers in the Shabbat liturgy. His music is welcoming for communal and congregational singing alike, allowing people to come together and lift their voices in prayer.