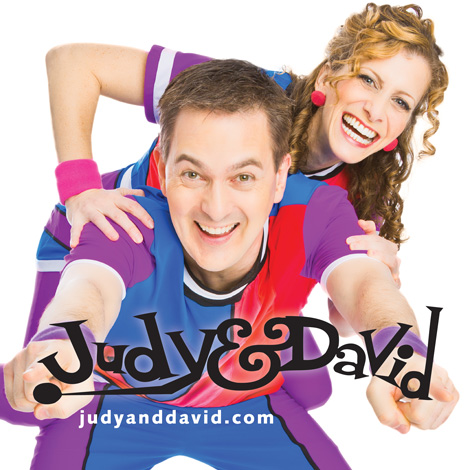 Judy Adelman Gershon and David Gershon married in 1991 and have been making music together ever since. Winners of the Juno Award for Best Children’s Recording, Judy & David’s music has helped raise a generation of children.

Judy & David are best known in Canada for their two national television series: “Judy & David’s Boom Box” and “JiggiJump”. Their recordings comprise one of the largest catalogues of recorded children’s music in the world and have garnered some of the top honours of the music industry including the Juno award (Canadian equivalent of the Grammy), multiple Juno nominations, the Parent’s Choice Gold Award, and the Socan Award. These recordings have sold over 5 million units in 12 countries.

Apart from their secular career, Judy & David have been a part of the music of the Jewish community for many years. Their “Rock N Roll Matzah Ball” CD was one of the first featured CDs on PJ Library.

David currently devotes most of his time to the organization he founded, Education Arts Canada, which brings curriculum-integrated musical performance to approximately 100,000 Canadian school children per year. Judy is currently the Cantorial Soloist and Musical Director of Temple Emanu-El in Toronto and is the Founder and Artistic Director of the Toronto Jewish Chorus.