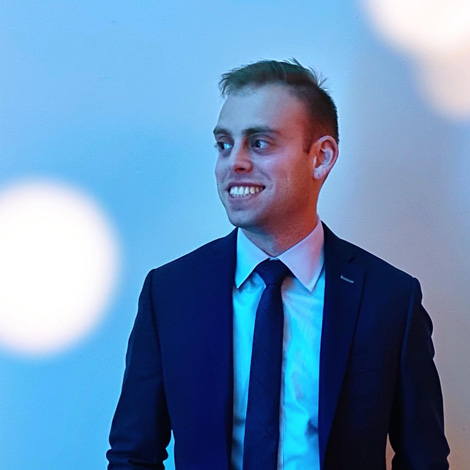 Jacob “Spike” Kraus is a 28 year old singer/songwriter, educator & innovator. Now based in Ann Arbor, Michigan, Jacob serves as the Artist in Residence at Temple Israel of West Bloomfield. His music has been included in the cantorial curriculum of Hebrew Union College – Jewish Institute of Religion, and is featured by Jewish Rock Radio & PJ Library. Originally from Boston Massachusetts, Jacob has been song leading for over a decade at synagogues, day schools, and summer camps. Now he spends his summers touring Jewish summer camps across North America – performing, teaching, and just being generally “camp-ful”.

Jacob graduated from Muhlenberg College in the spring of 2013 with a degree in Music Performance, and released his first album “Shake Off the Dust” one year later, featuring the smash hit “What Makes You Glow,” known endearingly in most circles as “Fish Swim”. His sophomore release, “Cornerstones,” (2017) introduced a contemporary style to Jacob’s sound, catapulting his music into the 21st century. His music is eclectic, drawing on themes from Pop, Rock, Folk, and Rhythm & Blues genres. Not one to be “put in a box” stylistically, Jacob hates the question “What kind of music do you play?”  His go to answer: “the feel-it-in-your-bones, can’t-stop-humming-it-later” kind.

The son of a Rabbi as well as the product of Jewish day school and Jewish summer camp, Jacob brings more than musicality to his work. His intimate knowledge of the Hebrew language, Jewish texts and culture add depth to his songs and authenticity to his role as a musical educator. Throughout the year Jacob tours the country singing with multi-generational communities and using Jewish music as a tool to educate and engage the next generation of Jews. You can hear Jacob’s music anywhere music is streamed or sold, and find out more about Jacob and his music at www.jacobspikekraus.com.