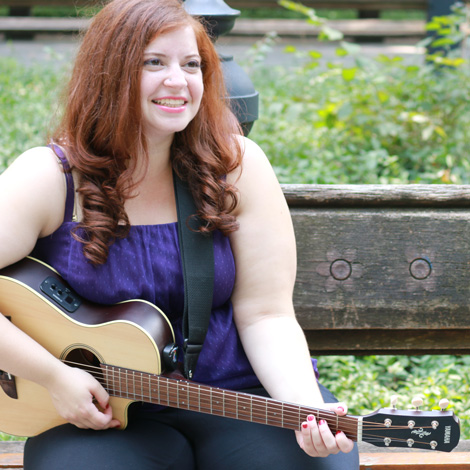 Eliana Light is an award winning songwriter and educator who empowers people to make Judaism their own through song, experiential education, and prayer. She has put out two albums of original Jewish music, A New Light and Eliana Sings (About Jewish Things!). Her songs have been featured on PJ Library compilations and are used by educators, song-leaders, and clergy all over the country.

Eliana has performed and taught throughout the United States, including at the Union for Reform Judaism Biennial, the NewCAJE Jewish Education Conference, Limmud New York, and the DeLeT Masters Program. She is the author of Hebrew in Harmony, a curriculum published by Behrman House that teaches prayer and Hebrew through music. Eliana received her Masters in Jewish Experiential Education from the Jewish Theological Seminary in 2016, and is the Music Educator of B’nai Jeshurun in New York City.