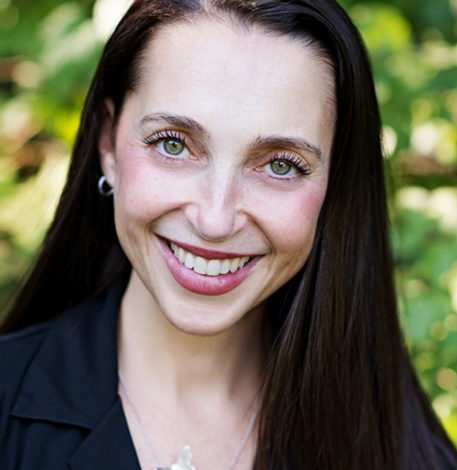 Cantor Bat-Ami Moses is delighted to be living in Columbus, Ohio and serving Temple Israel. A native of Los Angeles, she received her investiture from the H.L. Miller Cantorial School of the Jewish Theological Seminary of America with a Masters of Sacred Music in 2007. She also holds a B.F.A. in Musical Theater from Syracuse University and an M.S. Ed. in Museum Education from the Bank Street College of New York. Before coming to Columbus, she served in several pulpits including the Conservative Synagogue of Fifth Avenue in New York and the Midway Jewish Center in Syosset, NY. She is a member and on the Executive Council Board of the Cantor’s Assembly, a member of the American Conference of Cantors, and has been a participant in the Institute of Jewish Spirituality’s cohort of Rabbis and Cantors.

Cantor Moses has been a guest artist, prayer leader and scholar in residence at synagogues throughout the country. She was highlighted in a series called “Creating Soulful Worship,” along with Craig Taubman and Joey Wiesenberg, and has performed with other Jewish artists such as Billy Jonas, Dan Nichols, Rick Recht, Shira Kline and Alan Goodis. She has an extensive theatrical resume performing off-Broadway and regionally, and has produced and performed in many concerts, such as “From Broadway to the Bima,” “The Best of Jewish Broadway,” and several benefit concerts for ATZUM, an organization dedicated to pursuing social justice in Israel.

She can be heard on many recordings and CDs such as, “Kol Bat-Ami,” “SHIRjoy!” featuring the Temple Israel Shabbat Band, and two original Jewish kids music recordings, “Bo Nashir, Come Sing With Me!” and “It’s a ChallahDAY!” She can also be heard on three musical compilations produced by the Cantors Assembly, “The BEST OF Jewish Children’s music, Hope and Healing, and Simcha and Celebration.”

In March 2020, she created a weekly a series of songs and videos called, “S.O.S, Songs of Strength” which can be found on her Facebook page and her Youtube channel, to help give spiritual and emotional support to her community and the world at large during the most challenging moments of the pandemic.

It is Cantor Moses’ passion and vision to elevate people to their own prayer and healing through the languages of music and liturgy intertwined. She is married to Rabbi Jay Moses, who is the Vice President of the Wexner Foundation and is the proud mother of two sons, Caleb and Ezekiel.