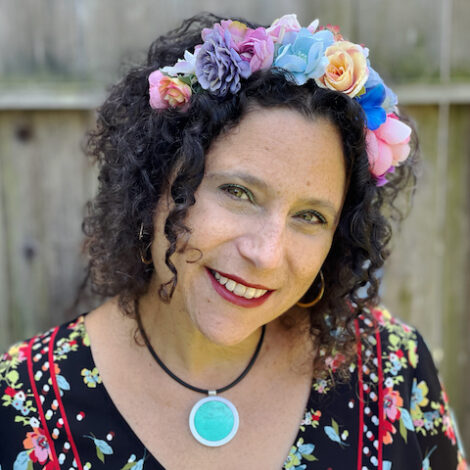 Alison Faith Levy has been a fixture on the national children’s “kindie rock” music scene for many years. She was a founding member of the beloved psychedelic rock band for kids, The Sippy Cups, has toured the country and had hits on satellite radio, and has released three solo albums of her own original music for families. After teaching music in Jewish preschools for several years, Alison realized that the Jewish world was a world she wanted to be in all the time. She received her Masters in Jewish Education through Hebrew College, and now works as a Jewish educator & musician in the San Francisco Bay Area. Inspired by her newfound joyful connection with Judaism and her curiosity about children’s spirituality, Alison began writing a new batch of songs based in Jewish values. Her latest album, You Are Magic, is a collection of these very special musical journeys for families. The album touches on Jewish values such as tikkun olam (healing the world), shmirat ha’teva (taking care of the environment), chesed (kindness), tzedakah (giving back to others), and b’tzelem elohim (in the image of the divine), as well universal concepts like creativity, imagination, and connectedness. The songs on You Are Magic encourage children to discover who they are, how they relate to the world, and how they can aspire to be a positive light for everyone around them.